On the 4th of February 2021, we announced the listings of Chainlink and UNISWAP. Today we announce the listing of Polkadot! You've been asking and we've been listening! Welcome Polkadot!

What is Polkadot? Should I buy it?

As with any cryptocurrency or asset, we encourage you to do your own research into the project and the coin itself in order to make a decision as to whether or not it suits your portfolio.

As outlined on the official Polkadot website, "Polkadot enables cross-blockchain transfers of any type of data or asset, not just tokens. Connecting to Polkadot gives you the ability to interoperate with a wide variety of blockchains in the Polkadot network."

Okay, in simple terms Polkadot is a software that seeks to incentivize a global network of computers to operate a blockchain on top of which users and traders like you can launch and operate your own blockchains.

In this way, Polkadot is one of a number of competing blockchains aiming to grow an ecosystem of cryptocurrencies, other notable examples of which include Ethereum (ETH). Make sense?

What's the history? Is it safe?

To date, Polkadot has raised roughly $200 million from investors across two sales of its DOT cryptocurrency, making it one of the most well-funded blockchain projects in history.

Users seeking to stay connected on the project’s current development status can follow the official Polkadot project roadmap for up-to-date details. Polkadot facilitates an internet where independent blockchains can exchange information and transactions in a trustless way via the Polkadot relay chain.

Polkadot was founded by Gavin Wood (a co-founder of Ethereum) alongside co-founders Peter Czaban and Robert Habermeier in 2016.

What Makes Polkadot Different Than Ethereum?

Given they share a high-profile founder, there has been much speculation about what makes Polkadot different from Ethereum.

Indeed, Polkadot and the forthcoming major update to Ethereum, known as Ethereum 2.0, share many similarities in design and operation.

Both networks operate a main blockchain where transactions are finalized and allow for the creation of many smaller blockchains that leverage its resources. Both technologies also use staking instead of mining as a means of keeping the network in sync.

It's the truth (facts)

So what happens now?

Now? Well, now you register for ChainEX, download the app and invest in your favorite coin! Be sure to do your own market research before diving in.

Invite a friend to ChainEX and earn more rewards! Plus you’ll be partnering with what could potentially be the best cryptocurrency exchange in South Africa. I mean, EVERYONE is talking about ChainEX.

ChainEX provides you with a secure, online platform from which you can purchase and trade with different digital assets. But you know this already 😄

There is no such thing as a 100% safe investment, and each decision has its risks. In any case, it is up to you to decide. All content and topics covered are mere opinions and do not constitute investment advice. Trading and investing in Bitcoin or any cryptocurrency carries a high level of risk. We do not assume any responsibility for actions taken upon reading any of our articles. ChainEX is not a financial advisory firm, investment manager, or financial consultant. 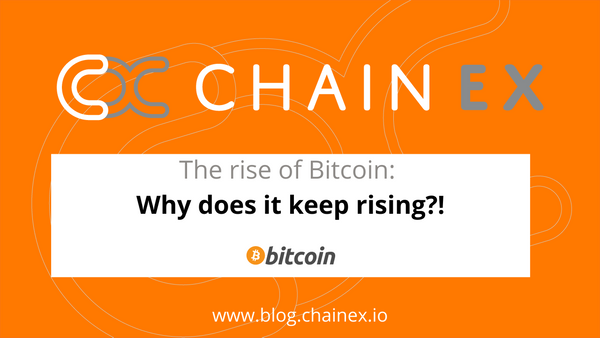 Up or down? Choose a side, Bitcoin! 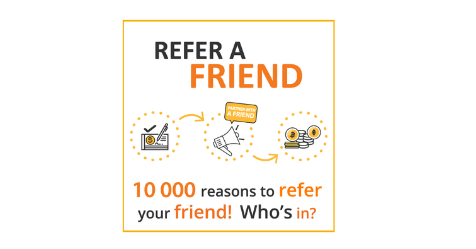 With R10 000 worth of reasons to refer your friends, what's stopping you?