The long awaited Ethereum Merge is set to take place on or around the 14th - 15th of September. We take a closer look at what this means for ETH holders, expectations around the Merge and how institutions are preparing for the Merge.

What is the ETH Merge?

The Ethereum network has been running on a proof-of-work consensus method since its inception. After the merge is complete the Ethereum network will switch to a proof-of-stake consensus method. One last upgrade was done in preparation for the Merge, this upgrade is called the Bellatrix upgrade. Bellatrix is an update to the Ethereum Virtual Machine, the Bellatrix update will improve security, bring higher scalability and improve performance to the part of the network that hosts the decentralized apps.

The ETH Merge has been a long awaited event and with the Bellatrix upgrade done it is time for the Paris execution layer upgrade, which is the final step in completing the Merge. Vitalik Buterin tweeted that Bellatrix was implemented, confirming that the network’s Proof-of-Stake transition is next. Once completed, ETH miners won’t be able to validate transactions and reap block rewards anymore.

Not to get too technical, but the Paris upgrade will take place once it hits a Total Terminal Difficulty (TTD) value on the new execution layer. The Ethereum Foundation confirmed that the subsequent block after the completion of the merge will be produced by a Beacon Chain validator. They also added that “The Merge transition is considered complete once the Beacon Chain finalizes this block. Under normal network conditions, this will happen 2 epochs (or ~13 minutes) after the first post-TTD block is produced.”

There is no doubt that the transition will bring an interesting spin to the current bear market conditions. What can we expect going forward?

Ethereum holders are no longer surprised when a deadline is missed, as this very upgrade has been dragged out over multiple years. This time however, it looks like we are going to see it happen. The expectations around the merge were very high in the months leading up to this point, this started fading as news came out that the network fees on the Ethereum network would not decrease after the merge. This has always been the achilles heal of Ethereum as many projects have decided to move over to or start on a different network such as Cardano, Solana or Avalanche due to affordability.

One thing is certain, there will be a positive effect on energy consumption by the network after transitioning to a proof-of-stake consensus method. There has been wide spread criticism of the Bitcoin blockchain using the proof-of-work consensus method and has resulted in bans in multiple countries around the world, in light of this, there has not been a better time for ETH to transition to PoS.

Time for the golden question, what will happen to the price of ETH? In short, majority of the market feels positive about the merge as can be seen by the recent rally in the price of ETH. Over the last 2 months we have seen the price of ETH go from roughly $1000 all the way to $1700 in anticipation over the Merge. We are in a bear market and it will be interesting to see if ETH can keep this momentum it has built up, or if it was another hype jump fueled by unrealistic expectations for the Merge. Interested in trading ETH ahead of the merge? Open a ChainEX account here.

What will happen to your coins?

There is a possibility that a hard fork may arise, which will bring a newly forked ETH token. Majority of exchanges will be taking a snapshot of the ETH balances and should there be a hard fork, the forked token will be distributed at a 1:1 ratio in most cases, even though it is up to each individual exchange. If a PoW token forms it will be at the discretion of each exchange whether they want to list the token for trading, keep an eye on your preferred exchange as they should announce their plans shortly after the Merge is completed. The Merge will have no affect on trading for ChainEX users, who are free to buy and sell ETH and any other ERC-20 tokens throughout the merge. 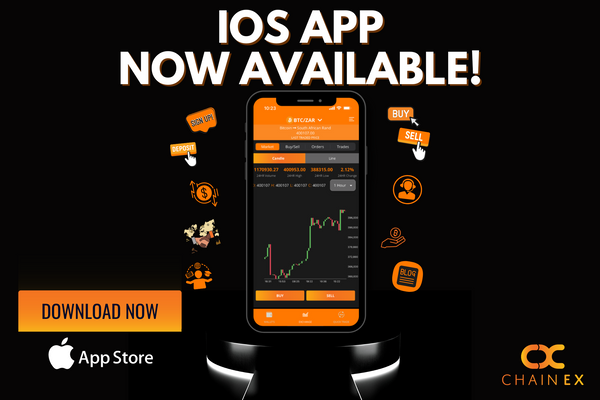 At ChainEX we know you’ve been asking for an IOS app, and we’ve been listening. Our IOS app is finally here! You can head over to the Apple App store to download our ChainEX App and enjoy seamless trading at your fingertips.   What does this mean for you? We are excited to introduce our new Market Maker Program! Our Market Maker Program aims to reward our loyal and new traders by providing them with the means to increase their trading profit. Market maker traders will get paid for trading on ChainEX and ChainEX is one of the very 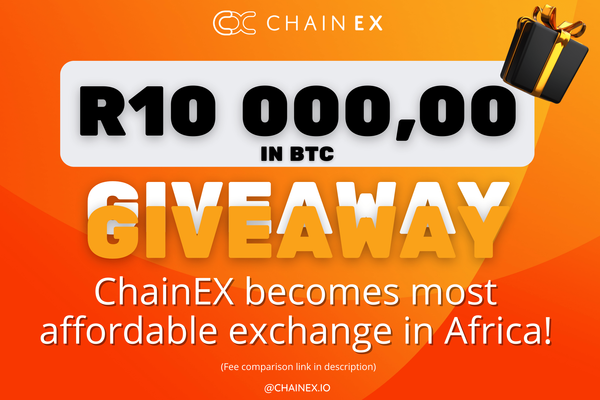 Before you say anything, there are a lot of cryptocurrency exchanges in South Africa. So why should you use ChainEX?